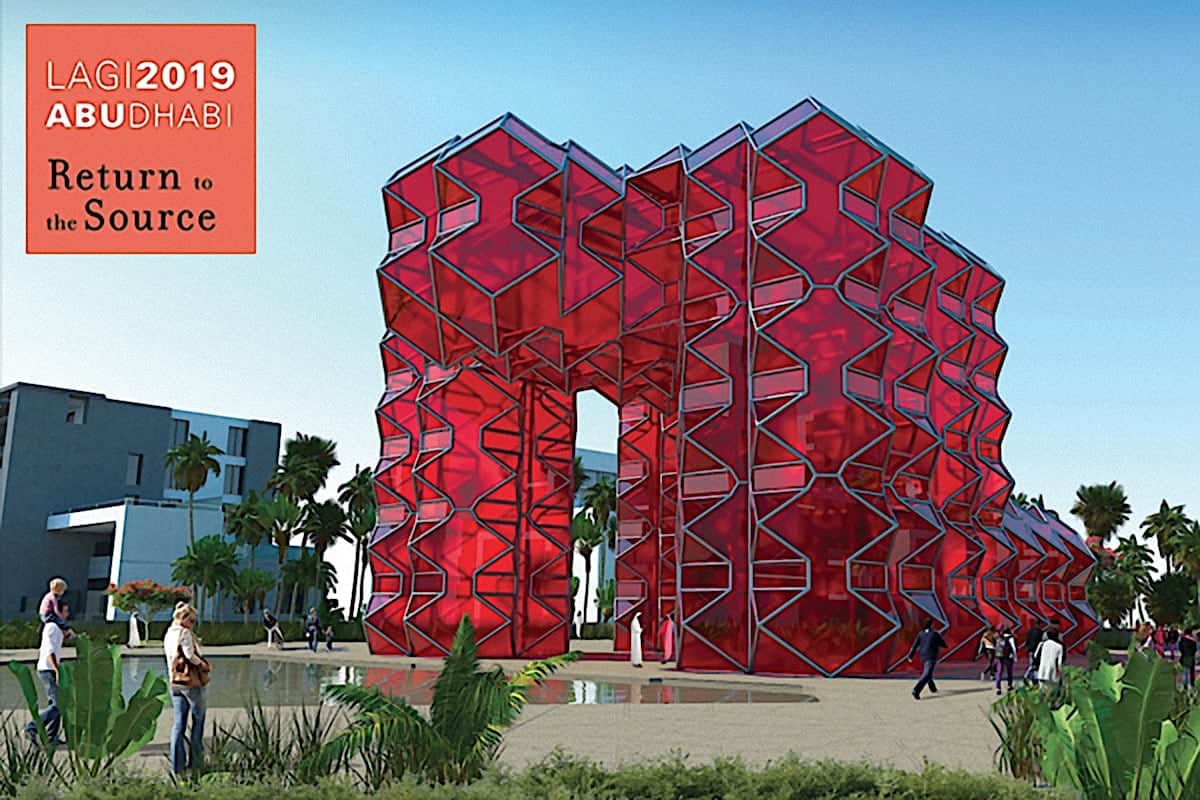 The RED GIANT project has been selected to be published in the LAGI 2019 book featuring 65 submissions will be published with Prestel (a division of Random House) and will be released in January 2020 at the World Future Energy Summit.

The Land Art Generator provides a platform for artists, architects, landscape architects, and other creatives working with engineers and scientists to bring forward solutions for sustainable energy infrastructures that enhance the city as works of public art while cleanly powering thousands of homes.

LAGI 2019 Abu Dhabi—Return to the Source—invited creatives to design an iconic work of art for a landmark site within Masdar City, Abu Dhabi using renewable energy technology as a medium of creative expression to provide on-site energy production consistent with the master plan of the city.

Masdar is the Arabic word for “source.” As the name of Abu Dhabi’s multifaceted renewable energy company and most ambitious low-carbon development, it is a reference to the Sun, the source of energy that sustains life on Earth, drives the wind and waves, and that over millions of years powered the transfer of ancient carbon dioxide out of the atmosphere and into the ground, creating a climate habitable to humans.

LAGI 2019 is sponsored by Masdar