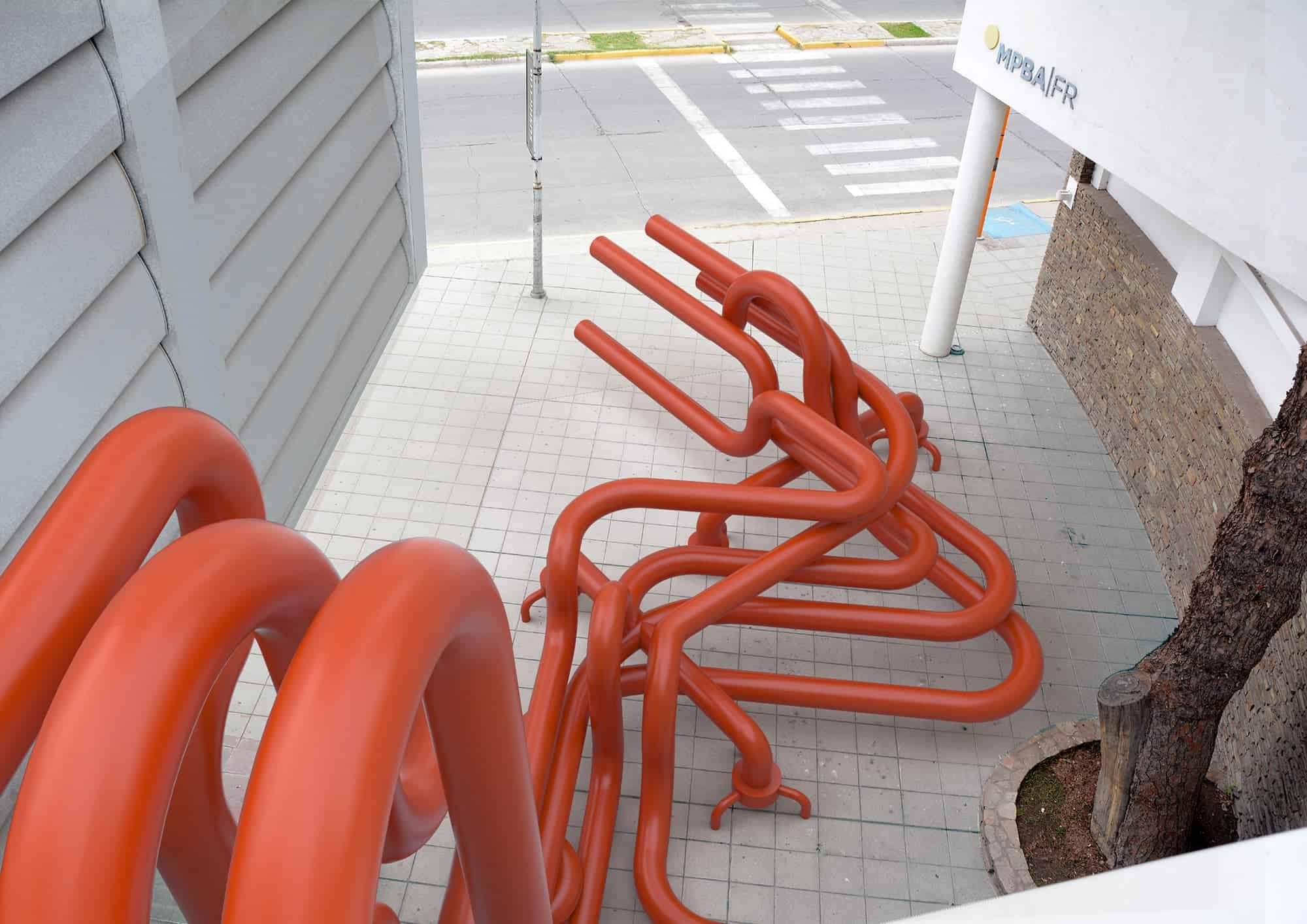 La Salamandra represents a flow that springs from the building of the Museum and invades the external environment taking animal form, therefore a creative force alive from inside to outside to contaminate the city and stimulate the public. The form is intentionally “not closed”, it is in growing progression, a set of plastic forms in movement that describe the changing dynamism of artistic creation and creative expression. A shape in transformation and in a continuous tension.

The work is site-specific. The artist has carefully considered the morphology of the place characterized by high volumes, which are wedged rhythmically between them, and by the strong presence of a large tree at the center of the scene. This vertical presence, at the center of a jagged architectural loop, invited to interpret the space horizontally. Thus the linear forms seem to arrive from the cover of the museum descending to the ground with sinuous volutes.

The tubes themselves carry the meaning of conducting valuable content, such as water or substances like energy sources, and, on the contrary, can also be used for drains.

So the sculpture becomes a conductor of ideas, of inspiring thought in both direction, from inside to outside and from outside to inside. It is a metaphor for the vocation of a contemporary art museum.

The shape is reminiscent of an industrial plant, of production or refining, and refers to the factory, in this case a cultural factory.

The tubular path would allow the same sign to continue inside the building. The artwork itself could easily fit into other spaces by slightly changing its flow depending on the environment hosting it. The pipes will emit audio contents as playlists of sounds, readings, musical compositions or even transmit outside the sounds of other multimedia installations that are simultaneously exhibited in the museum.